Do You Scare Guys Away? 5 Common Mistakes Which Make Him RUN

Do you scare guys away? “Not a chance,” you may be thinking to yourself. “The only thing I’m doing wrong is going after jerks who blow me off.”

Hmmmm. Are you sure about that?

Not every guy who breaks up with you, fails to call after a few dates, or doesn’t reciprocate your interest is a “bad guy.” And chalking his actions up as some sort of personality defect or deep-seated issue on his part actually ends up undermining you and your success with men. Isn’t it preferable to figure out what we are doing to sabotage our chance at relationship happiness?

Yet it’s not always easy to be self-reflective when it comes to dating and relationships. It’s often more comfortable to shirk personal accountability and point your finger at the guy who, in your opinion, treated you badly. However, if your dating resume is a lackluster chronology of short-lived romances and potential relationships which never came to fruition, it’s time to assess whether you are (at least partly) to blame.

So if you are ready to accept responsibility for your love life, take a look below at five common behaviors which cause men to flee. When we discover what we’re doing wrong, it becomes much easier to figure out how to do it right.

Do you come across as snobby, demanding, or hard to please on dates? Do you expect men to do things for you and fail to show genuine appreciation? Does your online dating profile contain a laundry list of what you are looking for and what you won’t accept in a guy? If so, congrats. You are officially high maintenance.

When a man encounters a high-maintenance woman, he believes he is doomed to fail. In his mind, nothing he does will ever be enough to keep her happy. And so he’ll move on to a woman he feels he can satisfy.

Have you ever met a guy and fallen hard and fast? Maybe you became certain he was “the one” and so you stuck to him like crazy glue. You needed to know where he was at all times, how he felt about you, and where your relationship was going. And when he seemed cold, ambivalent, or aloof, it made you crazy, didn’t it?

Smothering behavior is the ultimate turn-off to a man and attaching too quickly will almost certainly cause him to pull away. Men want a woman who has a spirit of independence and a full life – whether or not he’s in the picture. When he knows you can live without him, he begins to think that maybe he won’t be able to live without you.

3. Being an Open Book

Have you ever heard that men like women who are mysterious? If so, you’ve probably wondered what it takes to be seen as a “mysterious” woman. Does it require you to be deceptive or misleading? Does it mean he’ll never know who you truly are?

Absolutely not. If you want to be “mysterious,” you simply have to wait a bit before sharing your innermost thoughts and secrets. Women who reveal themselves slowly – and as men earn their trust – are mysterious.

On the converse, if you are the queen of “TMI,” he will not see you as “mysterious.” Tell him – on the first couple of dates – about the work you’ve been doing with your therapist, how you have “daddy issues,” or every horrific detail of your last relationship and watch him yell for the check and make a beeline for the exit.

I often like to tell women they shouldn’t start acting like a girlfriend before they are actually his girlfriend. In fact, engaging in “girlfriend behavior” – cooking for him, giving him lots of compliments, or booking up his calendar with activities and events – usually prevents him from wanting you to be his girlfriend. You may think you’re showing him how you feel. He’ll think you seem desperate.

In the beginning, it’s important to relax and let him set the pace. Allow him the opportunity to step up and show you how much he’s prepared to invest in you. When you let him be the one to move things along, you’ll be much more certain of how he truly feels about you.

Of course men want to be with women they find attractive. However, if all you have to offer is a pretty face and a hot body, your relationships will not live long after the initial attraction. If you believe men should treat you well simply because you’re good looking, you’re setting yourself up for heartbreak.

I’ve often found it interesting that many of the most beautiful women I’ve known could rarely sustain a long-term relationship. They bounced from man to man for most of their young-adult lives. And as they grew older and their looks began to fade, their dating pool became smaller and smaller. It’s sad, really.

In a similar fashion, it shouldn’t be superficial qualities which draw you to him either. When you make it loudly known that you’re extremely impressed with his Rolex and BMW, you come off as a potential gold digger. Sure, a player who cultivates a flashy lifestyle in order to get chicks will love it. But a quality man does not want a woman who is overly interested in what he can provide.

To learn more about how to fix a big mistake with a man, I recommend Mimi Tanner’s program, Man Mistake Eraser.

Mimi explains exactly what to do when you mess up with a man and how to get a man’s interest back, even if he has been ignoring you.

She has a bonus report in that package called, “The Serious Talk: When You Want To Ask Him Where This Relationship Is Going” which goes over exactly how to talk with a man about commitment. Her understanding of male psychology is really incredible. 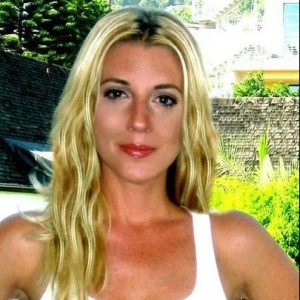 Jenn Clark is a monthly columnist for “The 9s” – a men’s lifestyle magazine – and “Women’s Voices Magazine.” She is a featured relationship advice writer for a variety of sites including DigitalRomanceInc.com and GirlsGuideTo.com. In addition, she is an expert for the online dating website SinglesWarehouse.com and her blog, “Jenn X: 30Something & Single,” was recently named one of the top ten dating blogs by DatingAdvice.com. She also is a frequent radio and internet talk show guest.

An updated edition of her book, “How to Be a Goddess (A Step-by-Step Guide to Becoming the Woman Men Dream About)” – which is based on her article that went viral and has received over half a million hits – is slated for publication in July of 2014.

1 thought on “Do You Scare Guys Away? 5 Common Mistakes Which Make Him RUN”