Does this sound familiar?

“OMG, he’s such a child. I swear I have to pick up after him and take care of him. Without me, he’d be hungry and naked or in filthy clothes!”

“He makes me crazy! If he would just do what I tell him, everything would be fine. But no, he’s gotta do his own thing and screw everything up!”

You could be talking about a disobedient child or dog, but, if you’re like I used to be, this might be how you’re talking about your man to anyone who will listen.

As someone who spent nearly 10 years disrespecting her husband to my friends and family, I promise this says more about you than it does about him.

Oh, I don’t doubt that whatever he did made you want to scream and pull your hair out. I don’t even doubt for a second that you’ve told him over and over again that you’re upset with him. He may be the dumbest man alive or the biggest kid or a horrible slob. He could easily be every awful thing you say about him. But what does that say about you? Worse, what if he’s not all those things? Do you really want to think about what you’re doing to yourself while you bash him?

1. You Picked Him, and You Stay With Him

The first camp of people who are going to hear your legitimate (or not) bitching and complete lack of respect and have no sympathy are thinking one thing – you picked him and you stay, so what are you bitching about?

It’s a legitimate question. If things are so bad, and he’s as awful as you’re telling everyone he is, what are you doing with him? You’ve given people a perfectly good reason to question your own judgement and to think all kinds of things about you.

You put up with too much crap.

I’m pretty sure you don’t think any of those things are true about you. Maybe they are, maybe they aren’t. If you don’t want to give anyone a reason to think it, maybe spending all your time bitching about how much your man sucks isn’t the best idea you ever had.

As someone whose entire family thought this about my ex-husband long before I divorced him, I can tell you, you only bring this one on yourself when you talk about his every flaw with anyone who will listen.

I remember complaining about my then-husband one moment, and then defending him in the next moment because my family made the logical conclusion that if he couldn’t manage to do one thing right (I think we were discussing cleaning the house), then clearly he couldn’t do other things right. I didn’t mind bitching about him, but I didn’t like other people coming to the same conclusions.

Years later, when I left him and every reason why our marriage didn’t work behind me, more and more of the negative opinions my family had about him were shared with me. Some were from pure observation and unless your family is completely oblivious, they will definitely notice when things happen – or don’t. I couldn’t hide the fact that he didn’t have a job for several years – they noticed that one all on their own.

But I’m also acutely aware that if I hadn’t shared every negative thought I had about my husband, my friends and family might have been willing to give him the benefit of the doubt – at least at first. By airing our dirty laundry, I gave everyone “permission” to see and think the worst.

3. Everyone Wonders What’s Wrong With You

Here’s the reality of constantly badmouthing and disrespecting your man in public. People start wondering what’s wrong with you. Either you’re the pickiest bitch alive (and maybe you are, but do you want the world thinking it about you?) or you’re an idiot who stays with a dumbass who doesn’t deserve you.

I don’t know if anyone ever thought that I was overly picky, but I know for a fact they wondered what the hell I was doing with someone who clearly made me so miserable. It didn’t help that I detailed his transgressions in the most melodramatic fashion I could. It was probably to garner some sympathy for my plight with an “idiot husband” but eventually, I looked like the idiot, not him.

Think about it. If your partner is doing the same stuff over and over again that you hate, and all you do is complain about it to anyone who will listen, eventually your smarter friends and family members are going to ask why you’re still with him. Do you have a good answer for that? I didn’t.

When you disrespect your man to anyone and everyone, the possible outcome is that you become the bitch who can’t be satisfied. You’re the mean one, and your man is clearly doing the best he can. That may or may not be true. Only the two of you really know what’s going on in your relationship.

When you let it all hang out like that, you’ve invited people into your life, and I promise you, they will form their own opinions about it. While you’re trying to convince them how bad you’ve got it, it’s possible, they’re deciding you’re an awful human being who doesn’t deserve the man you have.

Why Does it Even Matter?

For anyone who says you don’t care what people think about you, more power to you. Most of the time, that’s the right attitude to have. Do your own thing and be your own person. But let’s look at this a little bit.

What if the problem really is that you’ve got a crappy man? Well, the more you complain – and do nothing else – the less sympathy anyone is going to have for you. (Ask me how I know.)

When you do leave him (finally!), you’re going to hear a lot of, “It’s about damn time!” and “I wondered when you were going to figure it out.” People will watch you be stupid and never say a word. Then, when you get smarter and fix your situation, they’ll be the first to tell you they thought you’d seriously screwed up. It’s not a pleasant reality check, I’ll tell you that much.

On the flipside, what if you work things out, and he decides to be the man you need? Or maybe you figure out that he’s not so bad, and you stop complaining so much. Do you really think people are going to believe that he’s now a great guy when you’ve spent months and years complaining about him?

They might – eventually – but it’s going to take a while to get to that point. Until then, they may treat him badly, disrespect him, or push you to leave him when that’s not what you want. All because the only opinion they have about him is one you helped create.

It’s Okay to Get Angry, But Stop Disrespecting Your Man in Public

I’ve been extremely lucky. I learned from my mistakes in my marriage, and I’m now with a wonderful man who is a partner, a friend, and a lover. He works hard, treats me well, takes care of our family, builds me up, and encourages every crazy dream I have. I know how fortunate I am.

That doesn’t mean he’s perfect. Sometimes, he forgets to rinse the sink out after he shaves. Every once in a while, he doesn’t listen to me the way I want. We bicker, fight, and get mad at each other. Yep, all those things happen.

The one thing no one will find me doing anymore is airing our dirty laundry and bitching about him. Oh hell no. If I’ve got a problem with him, I take it to him first. We deal with it, and move on.

Sure, I might vent to my closest friends, but the days of bitching about every little thing he does wrong are over. Frankly, I’ve gotten to a point in my life that I don’t want to be with someone who annoys me at every level. If all I can say about someone, including the man I love, is negative, then what am I doing there?

So yeah, feel free to go about disrespecting your man like he’s a child or let the whole world know you think he’s an idiot. When you do, I’m more likely to feel sorry for him and wonder what’s wrong with you. And after plenty of hard lessons, you won’t catch me commiserating over our men who are “our biggest babies.” My man is a man – an imperfect one, but a good one – and that’s all anyone else needs to know.

MORE: 17 Ways Women Emasculate Their Men Without Even Realizing It 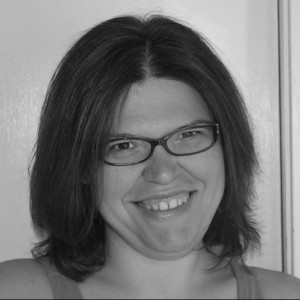