A quick Google search about why men lose interest comes up with one common answer: it’s your fault, ladies. Some articles blame women for gaining weight, talking too much, or caring too deeply about women’s equality (How dare women eat, talk, and want to be treated like human beings! The horror of it all!)

Sure, it’s always important to do a self-check and see if you were bringing any real issues to the table. Things like: codependency, a lack of honesty, still being in love with an ex, or too many expectations. But these are reasons for more serious relationship problems, not simply his lack of interest.

The reason why men lose interest often has way more to do with him and his own life than it has to do with how loudly you talked, how early you had sex, or how many times you called.

Here are 8 common reasons why men lose interest. (And none of them, ladies, have anything to do with you.)

1. He is dealing with his own demons.

Society still projects men as these tough superman characters who can’t be bothered with emotional problems. That is a load of crap. All people have demons, hang-ups, and painful experiences from their past that will still affect them in the present.

Though he may not feel comfortable telling you this is what he is doing, men may lose interest in having a relationship when they realize they have a whole bunch of baggage to deal with first.

I know, ladies, many of us think: “but I could help him!” Not every inner battle can be helped. If you are in a long-term committed relationship or a marriage, he may be grateful working through it all with you. But often, these things cannot and should not be untangled with someone else around– and that’s definitely not your fault.

2. Something in his life has changed.

When a man loses interest in you, something has often changed. But that probably doesn’t mean you did. Think about how many times in your own life a new opportunity, plan, or idea has come forward all of a sudden. This can happen to your guy too.

Maybe he’s decided he wants to travel for a while. Maybe he has a new job opportunity that will either take him away or take up too much time. These life events happen and they don’t always work with someone else in tow.

This will have nothing to do with you. We are all on our own life paths and sometimes our paths join together beautifully, and sometimes there’s a fork in the road. You cannot predict these life changes each time you meet someone new. He probably didn’t either.

3. He has changed his mind.

Sometimes something in his life changes, but sometimes he is the one who changes. It is possible to want one thing and then realize it’s not all you hoped for. All the things he wanted when he met you could be different now. He simply changed his mind.

You will have to get out from the trap of thinking if you behaved differently, he wouldn’t have changed his mind. Remember, we are not in charge of other people’s thoughts and actions. We are really only witnesses to them.

4. He is not ready to commit to a relationship.

So many women feel it is their seductive powers that cause men to full under a spell of lifelong commitment. Then it means if he doesn’t commit, women take it personally, thinking, “What did I do wrong? It must be me.”

If a guy isn’t ready to commit, he’s not going to commit to anyone. Commitment is a personal choice that we cannot (and should not) force or make for another person. If he isn’t committing to you, that’s his 100% choice. And it’s not always for selfish reasons. He may simply be aware of the goals and experiences he wants to gain first– or he knows deep down that you want different things.

Maybe he thought he was ready, but actually wasn’t. Maybe he was stringing you along. Maybe he was honest about not wanting commitment, but you thought you could change him (you can’t, by the way). In fact, you are not the problem. Most of the time, he isn’t even the problem. He is just not ready.

5. He likes the chase more than the woman.

It is true that some men are bigger fans of the chase than any woman they are chasing after. If the act of pursuit is what turns him on, there is nothing you can do (or nothing you shouldn’t be doing) that can change that.

When a man loses interest because he has “won the prize” of having you, you cannot convince yourself that you did something wrong like having sex too quickly or introducing him to your family before the right time.

He wanted a chase. He wanted to win. He didn’t necessarily want a particular woman. In a sad way, you are interchangeable to a guy like this. That stings, but it should assure you that you had nothing to do with is lack of interest. Find a man who is more interested in you and the relationship itself.

6. He is in love with somebody else.

When a man falls in love with another woman, what do we often say? “His wife must not be having enough sex. His girlfriend must be too demanding. She’s so clingy, no wonder he strayed.” We blame the cheated woman.

If he is in love with another woman, that does not mean you are inadequate, ugly, uncaring, or unsexy. It means he fell in love with another person. He did. It’s his responsibility. Whether you’ve been dating a few months or married for decades, your man falling in love with someone else is not a reflection of your flaws. It is a sign of something going on within his own heart and mind.

He could also have lost interest because he is still in love with someone from his past. You are not responsible for using your magic powers to break that bond of love. That is something he will have to deal with on his own.

These are assholes and they lose interest for all sorts of shallow, sexist, and lame reasons all the time. They are the ones who will blame everything on you and have a whole string of women who they “lost interest in.”

Assholes will probably tell you it is your entire fault, but that couldn’t be further from the truth. There is no pleasing an asshole. So let your bruises heal up and find a man who cares about more than himself.

Sometimes something just does not feel right. He may look at you and know everything is wonderful. He’s attracted to you. He loves the light you bring into his life. Everything is perfect on paper. But he is just missing a certain spark.

Chances are, he probably cannot even communicate or understand why he’s lost interest or why something doesn’t feel right. That’s the crazy thing about love: it’s unpredictable.

There may not be a reason why a man loses interest in your relationship. It may just happen for him. Sure, when he doesn’t offer you a reason, it may feel like a much harder thing to get over. But realize his being unsure is still a valid emotion.

No matter the reason, when a man you’re interested loses interest in you, feelings will be bruised. Hearts will be broken. But it’s important to remember that there are many reasons why men lose interest that have nothing to do with you. It’s on him.

Sometimes the clichéd line, “It’s not you; it’s me” – is entirely true. It’s not you. It’s him. And no matter what he says, don’t own his lack of interest and turn it into something bad about you.

If you’ve had your man pull away from you, you know how awful it feels.

To find out more primal reasons why men pull away from women they love, watch this video presentation which explains more about men lose interest and more importantly how to make a man stay deeply and happily in love with you. 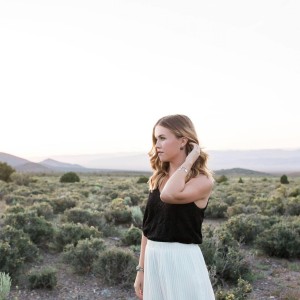 Taylor DuVall is a blogger and freelance writer/editor. She is passionate about womanhood, creativity, travel, spirituality, and living the good life. She went back to college and majored in English even though people told her it was impractical. It was the best move she made.

Taylor is a Las Vegas native with a wanderer’s heart. You’ll find her practicing yoga, strumming the guitar, reading late into the night, and consuming a sinful amount of chocolate in different countries around the world.

All Articles
PrevPreviousHow To Forgive And Move On In 3 Steps (Even When It Feels Terrible)
Next“What IS UP With My Flirty Coworker? Why Does He Do This? Is He A Player?”Next