Why Do We Pick Partners Who Are Bad For Us?

So many times, in my sessions with clients or just talking to friends, I hear people wonder why they always seem to end up dating people who are bad for them. It seems so obvious that people want to be happy, and want to be in fulfilling and reciprocal relationships, yet so many people seem to be magnets for partners who make them feel insecure, unhappy, and unappreciated.

A woman who wants loving, tender words ends up obsessed with a man who seems to have no emotion about anything but closing a big deal at work.

A man who always wanted an independent woman is surprised to find himself in a serious relationship with a woman who texts him 25 times a day.

I see countless more examples each day in my work as a couples counselor and when answering reader questions like this one, from my site Dr. Psych Mom.

The fancy psychological theory that explains this tendency toward self-sabotage is Imago Theory.

This theory, which you can read more about in Getting the Love You Want by Harville Hendrix, Ph.D, states that people are subconsciously drawn to partners who have both the positive and negative aspects of their primary caretakers (usually, their parents).

At first, during the honeymoon stage, they only see the positive qualities, but as the relationship progresses, they start to see the negative qualities too.

Instead of ending the relationship when a partner’s negative qualities become more obvious, like when the self-absorbed guy forgets his girlfriend’s birthday, people become fixated on the idea of changing their partner in ways that they could never change their parent when they were young.

The woman in our example will likely decide that her boyfriend just needs to learn about relationships, or he never learned how to be nice to women because his father was a jerk to his mom, or he just doesn’t know how important birthdays are.

She will become hooked on this self-absorbed guy and consumed with the fantasy that, with her love and patience, he will become loving and giving.

This theory explains why men who insist that they “hate drama” invariably end up with dramatic women, or women who “just want a nice guy” end up with the classic “bad boy” who treats them like garbage.

People are drawn to whatever they are familiar with, and they end up replicating the same patterns they experienced in their earliest relationships, while trying endlessly to change the partner into one who “gets them” in ways that a parent didn’t, or couldn’t.

But what if your childhood was great and you still end up with losers?

As wonderful as many parents are, it is impossible for a child’s every need and desire to be fulfilled (and, in reality, a parent who could and would fulfill your every desire would be setting you up for disappointment when nobody else could ever be that perfect ever again).

Disappointments with parents can arise from a variety of common and normal experiences.

For example, when a new sibling comes onto the scene, many kids feel angry and displaced, and when a parent has to work long hours, most kids can feel sad and yearn for more time spent together. All kids wish their parents were more responsive or more accepting or more SOMETHING at one time or another, and these wishes or unmet needs shape our future ideal partner, or our “imago.”

Many couples struggle with trying to mold each other into an ideal partner, and are never satisfied even when a partner tries to change their behavior in response to complaints.

For example, a woman who wants her boyfriend to be more attentive will come up with a million reasons why it “doesn’t count” that he just cooked her dinner, including that he likes to cook anyway and he didn’t have a deep enough conversation with her during the meal.

Many people are unconsciously stuck in a story where their partner is not good enough and does not try hard enough. They fail to notice the areas in which their partners are actually making significant changes.

This is a vicious cycle, because the boyfriend whose romantic dinner went unappreciated is unlikely to try to make his girlfriend happy again.

How To Stop This Cycle

If you’ve traditionally found yourself in relationships with partners who don’t make you happy, it takes a lot of self-awareness and reflection to understand why.

A good first step is writing a list of all your previous partners who you’ve been disappointed with, and note the similar traits and behaviors between them. If you notice a theme, it is likely that this reflects an unmet need from your childhood.

For instance, a woman who notices that she’s been consistently upset by boyfriends’ inability to commit may realize that she never fully trusted that her dad would be there for her after he and her mom got divorced. He sometimes missed weekend visits, and didn’t like her to press him on when she would next see him.

Now, in adulthood, she subconsciously seeks out men who also shy away from commitment and discussions about the future.

Looking back at your history can help you change negative relationship patterns for the better.

Once you’ve become aware of the underlying themes and patterns in your relationship history, it will be much easier to notice when you’re self-sabotaging by either picking partners who replicate your past experiences, or by not noticing when partners do try to make you happy.

You can’t help who you’re initially attracted to, whether this is emotionally unavailable men or reckless “bad boys,” but if your eyes are open to the reasons behind your choices, you may be able to pull yourself away from your standard “type” and seek out people who have the capacity to meet your needs and give you the relationship that you deserve.

MORE: 10 Signs You’ve Caught (and Should Release) a Bad Boy 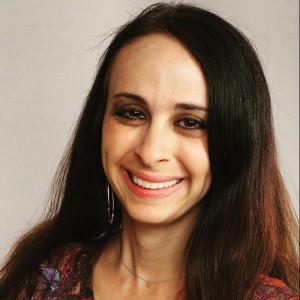 Dr. Samantha Rodman is a clinical psychologist in private practice in Maryland and lives with her husband, three kids and dog.  She is the founder of DrPsychMom.com and author of How to Talk to Your Kids About Your Divorce and 52 Emails To Transform Your Marriage.

All Articles
PrevPreviousBrutally Honest: My Boyfriend Told Me I Looked Awful, and I Love Him for It
Next12 Ways to Keep The Lust and Romance Alive — Even When You’ve Been Together For YearsNext

2 thoughts on “Why Do We Pick Partners Who Are Bad For Us?”