11 Obnoxious Types of Men To Avoid Dating At All Costs

The heart may want what it wants, but at times we should pay more attention to our brains. Dating is a learning curve. Finding the right guy does not come easy for everyone.

A man can be sweet, good looking, moneyed, but he may still have some fatal flaw that is a total deal breaker. It may not even present itself right away, but in time, it will emerge. And let me give you a little piece of advice: you cannot change him. Don’t even try.

If they have some major defect you can’t live with – walk away. There are man types that are deadly to a relationship. The following are ones I would avoid at all costs.

At first he’ll be charming and treat you like a princess. You’ll soon find out however that you are not the only woman in his life.

Their mother/son bond borders on unhealthy. They phone each other daily. She still cooks his dinners, does his laundry, brings him groceries and makes sure he’s visited by the “Money Fairy” from time to time.

He goes to her for advice on all things. She still refers to him by his childhood nickname – Pookie, Ducky, Silly Bear, or whatever other idiotic name it might be that makes you barf in your mouth a little. You will forever be compared to her, will never quite live up and will always come second.

Think Buster Bluth from Arrested Development, Howard Wolowitz from The Big Bang Theory, and Trey MacDougal from Sex and the City.

The term was coined by Sigmund Freud and basically is the distinction men draw between the women they desire and the women they respect – and the two are mutually exclusive. In his eyes, you are either virtuous or you are a slut.

Essentially, this guy will have sex with you, but he will never marry you. Why? Because even though he wanted to, and even if he’s a man-whore, once you agree to knock boots with him, he will see you as a whore.

This is the guy whose smart phone is like another appendage. It is never out of reach. It’s either in his pocket or on the table next to him. He suffers from serious FOMO (fear of missing out) and cannot go five minutes without looking at it. In fact, when you’re on a date, his phone makes you feel like a third wheel.

Whether he’s updating his Facebook, checking scores, or catching up on his Twitter, he obviously finds his phone more interesting than you.

He may seem nice at first, and he’ll still have his moments, but dating Mr. Passive Aggressive will not go well. He doesn’t like confrontation, therefore won’t express himself when he has an opinion or is angry or upset. If you’re lucky, he’ll write you a note.

If he doesn’t give an opinion, he can blame you for everything that doesn’t work out. And he won’t bring it up right away, he’ll hold onto that little grudge to use as punishment later. He will always be the victim, so you’ll never win an argument with him. When he does finally express himself, it’s like a volcano eruption.

This man goes nowhere fast. He probably has big dreams but is a notorious non-finisher of things – college, that book he’s writing, the startup he wanted to launch, etc. More than likely he’s unemployed, a slob, and may live in his parent’s basement.

Instead of looking for gainful employment he’s smoking weed, playing video games and watching YouTube videos. He never wants to go out and doesn’t have the money to do so if he did. He is the epitome of “arrested development.”

Think The Dude from The Big Lebowski, Ben Stone from Knocked Up (and many other Seth Rogen characters), and Hyde from That 70s Show.

I think it goes without saying that those of us with children place them in the upper echelon of importance.

However, My-Kids-Are-My-Life Guy will do nothing without his little dears. He doesn’t believe in babysitters. He thinks if you have someone else care for your children, you may as well not have had them in the first place. Therefore, your dates will consist of trips to the zoo, children’s birthday parties, skating rinks, and animated films. You’ll get no quality time and you will never be a priority. This all goes double if he has full custody of the little buggers and/or they are brats.

This guy is like a vampire. His constant complaining, criticism and judgments will drain you. He is a people watcher, constantly waiting for someone to make a mistake. It doesn’t matter what it is, they could be wearing white pants after Labor Day, eating salad with their dinner fork, or driving a Prius. This guy needs to find something on which to base his entire opinion.

It will only be a matter of time before he labels you based on one of your little faults or quirks. “I didn’t know you had a tattoo. You must be a wild one.” It could be something to that effect, or it could be increasingly ruder. Don’t wait to find out. Keep away.

Think Michael Scott from The Office, Ross Geller from Friends, and Jerry Seinfeld from Seinfeld.

He’s smart, funny, good looking, and seems extremely confident. Arrogance is often mistaken for confidence. A confident man would not do or think the things Mr. Arrogant does. He thinks he’s better than you. In fact, he’s better than everyone. His best friend is the guy in the mirror. He has no true friends, just superficial acquaintances. He’s a know-it-all that demeans people to their faces and makes jokes at their expense. He also has to one up every story you tell because, well, he’s better than you.

The control freak may be a professional that seems like he’s got it all together. His house is probably immaculate. It won’t take too long before his true colors bleed through the façade. He will clean up after you, maybe sighing or muttering under his breath as he does. If you moved something he would move it back to its proper place. He keeps a routine and doesn’t like monkey wrenches thrown in, so no spontaneous dates or road trips. The jealous type, he wants to know where you are and what you’re doing at all times. He wants access to your text messages, email and social media accounts. He will criticize your for your imperfections and quirks. He is moody, *especially* when he feels he’s not in control.

Think Kevin Underwood from House of Cards, Dwight Schrute from The Office, and Dexter Morgan from Dexter.

His tailored power suit may be the first thing you notice about him, and of course the well-polished good looks. But similar to social media man you will be in a constant three way – with his phone. And forget about ever making plans. They will either be forgotten or rescheduled.

Of course when he actually does have a free night the last thing he’ll want to do is go out. He’s going to need to be productive some other way. Straighten up the garage, pay the bills, work on some other project he’s been wanting the time to do. His drive was probably instilled at a young age by parents who wanted perfection. He’s possibly a control freak or at the complete other end of the specter, not wanting to make a single decision because that’s what he does all day. More than likely, all your conversations will be about his work.

He’ll probably have you thinking, how can this guy be unattached? He’s cute, fun, smart, personality plus. He doesn’t have kids. The next thing you should ask yourself is, why is he single? He’ll be crazy for you too – at first, no doubt about it. Your relationship will be electric and adventurous. You’ll go listen to live music, he’ll cook for you. He’ll pay for everything. He has cool hobbies, like, he may tinker with cars or play in a band, or write poetry. You may hear the words, “I love you” come out of his mouth. You’ll seriously start thinking he’s the one.

Just when things are going great is when he starts having doubts. He starts remembering why he’s single. He likes the time to work on his cool hobbies. He’s realizing he’s spending money on you and less on his hobbies. You all of a sudden have stuff at his house, shampoo, a toothbrush, tampons. You’re around more than you’re not and he feels like he can’t breathe. And then he’s not that into you anymore and breaks up with you.

Think Joey Tribbiani from Friends, Mark Sloan from Grey’s Anatomy, Charlie Harper from Two and a Half Men.

No, these type of men do not encompass every guy on the face of the planet. There are some out there who are normal…ish. But keep this in mind; nobody is perfect. Don’t mistake these destructive personality traits for quirks with which you could live. This is my mantra when it comes to dating: Life is short. Don’t waste it with people who make you miserable.

So, if he represents any of the man types I mentioned and makes you miserable, it’s time to move on.

MORE: 12 Signs You’re Dating a Commitment-Phobe (As Told By One) 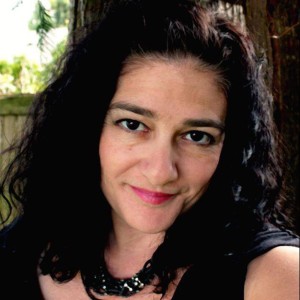 Megan Bostic has an unhealthy obsession with sock monkeys and lives in the rainy but lovely Pacific Northwest with her two crazy beautiful girls. She’s the author of the Young Adult titles Never Eighteen and Dissected. You can find her on Facebook, Twitter, a variety of online dating sites and anywhere else social media addicts hang out.

All Articles
PrevPrevious7 Keys to Happily Dating After A Difficult Breakup
NextAlways Trust Your Gut: Chilling Red Flags That I ALMOST IgnoredNext