5 Ways To Stop Video Games From Ruining Your Relationship

Sometimes it may feel like you’re sharing your partner with another woman.

She goes by many names, she is a bad influence, and she takes all his attention and time.

So, how do stop video games from ruining your relationship and share your man with his beloved Xbox, PlayStation, Nintendo…?

I have been in a committed relationship with my partner for over 6 years and I have felt the effects of the video game console on our relationship. For us, we had met and lived overseas where he didn’t have regular access to a gaming console. It was a budding romance, where we occupied our time with each other and our friends.

However, two years later we relocated to his hometown in the United Kingdom. There I met his old friends, many of which were passionate gamers. At first, I thought it was great, a new hobby for him and something that fostered a community.

Yet, after a few months of gaming I noticed a change in his mood, energy level, fitness and motivations. I held my tongue – I wasn’t entirely sure if it was the gaming. I also didn’t want to reprimand him for playing video games and risk establishing some parent/child dynamic.

This all changed when we took a vacation to Croatia to escape and reconnect. We had a road trip where we hiked, soaked up the sun at the beach and took in the sights.

I saw a massive shift in his demeanor, from introverted and lethargic back to his normal, bubbly self. He seemed revitalized and he continuously commented about how much better he felt.

At this point I felt confident to voice my concerns and observations about how I felt gaming was affecting his mentality. This was our first step forward in a change for the better…

After our experience, I recommend these 5 ways to stop video games from ruining your relationship:

1. Keep your bias at the door.

Since we were young, many of us we’ve be inundated with the media telling us about the negative influence video games can have on people’s psyche.

Media tells us video games are toxic and the violent images could trigger depression and rage.

Even Usain Bolt likes to play video games after his races to unwind.

You should also leave any fear of being the “nagging” girlfriend at the door. If you feel your partner’s gaming is affecting your relationship it is important to acknowledge your feelings. These biases can create further obstacles, so you are not able to identify or solve the real issue.

If you haven’t tried his video games, why not give it a go?

You may enjoy it or you may not, regardless it helps to show an interest in his hobbies. It will also allow you to gain a deeper understanding of his perspective.

Ask him which are his favorite games, characters, parts and why. This way when you discuss your reservations you can come from a place of greater understanding and empathy.

Try and explain how his video game playing habits are affecting how you feel. Do not put it as a criticism or a blanket statement. It is just how you feel and think, it may not be how he perceives the situation.

Here is an example of how to approach these conversations that focus more on your feelings rather than his habits:

“Sometimes I feel sad when I see you stressed about gaming.”

If you focus on his habits, it can feel like you are blaming him, which could result in defensiveness.

Remember, from his perspective he has just been taking a keen interest in one of his hobbies.

Be sure to listen to what he says, take a moment to process it and consider his perspective, and hopefully you can find a compromise. Suggest some positive ways you think you could improve your relationship.

You have just communicated how you felt, so he will not have any suggestions on the spot, but you could offer some doable ways to improve the romance.

For example, you could go for a walk every day after work, have an allocated date night where you go to a restaurant or bar, or if it affects his mood, you could suggest he cuts down for a month on certain games or the overall time he spends gaming and see if he feels better or worse after. Give him time to process all this information, he might be a bit blindsided and need time to digest everything.

Get him excited about a new activity or an old hobby that he used to enjoy. If he likes tennis book a court and get in a match, if he enjoys swimming then checkout the local aquatic centre, if he likes walking go for a hike through a national park.

Alternatively, encourage him to do something outdoors with his friends, whether it’s playing a round of golf, a game of ultimate frisbee or just tossing around the ole’ pig skin, it’s good to do something active that stimulates endorphins.

You could also arrange an event with all your friends that will hopefully get him active and excited about things outside of his virtual world.

5. Is actually it the gaming?

Think about what is really causing the issue in your relationship. Take a moment to ask yourself whether gaming itself is really the problem.

Is it a certain game he plays?

Or the amount of time he spends gaming?

Is it the lack of communication?

The lack of quality time?

Or is it that your priorities don’t align with yours?

It’s good to be aware of what is creating obstacles in your relationship. You don’t want to change your partner or stop them from doing what they enjoy, so get clear on exactly what you believe is disruptive and how you can both work to improve it.

In my relationship it wasn’t the time he spent gaming, it was how it seemed to affect his mood. He seemed unfulfilled and dissatisfied after playing.

I enjoyed my own hobbies and interests, but I did not feel he enjoyed his.

So, after he became aware of his mood improving after separating himself from his gaming console, I suggested we take walks together after work rather than doing our own indoor hobbies. He also stopped playing games like Mortal Combat that seemed to bring him down, instead replacing it with FIFA or Rocket League with his friends.

It’s recognizing something in your relationship that could be improved to better both your lives. Try to be an active part of creating your own happy and healthy relationship.

READ: How To Completely Transform Your Relationship In 2 Weeks (Whether You’re Single or Not) 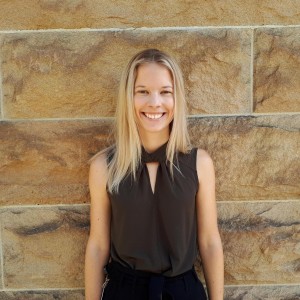 Jessica Davis is a professional copywriter and digital marketing specialist. She has written articles covering a range of topics from finance to relationships. Her interests include traveling, writing, snorkeling and Netflix binging with her boyfriend.