“Will I have to clean the kitchen FOREVER?!” I wailed. Yep, real salty tears streamed down my face as I stood in the middle of my messy kitchen at 11pm one Sunday night.

My boyfriend stared at me in disbelief.

‘So let me just get this straight…’ he started, ‘you’re crying because the kitchen’s in a mess and I haven’t helped clear up this weekend?’

‘No it’s not about the mess!’ I replied.

‘Right…so what’s it about?’

‘It’s about so much more than the mess!’

‘OK, I don’t quite understand…’

Men. We’ve established they’re from a different planet. But it’s often clear that we speak a totally different language too. The wonderfully alternative ways between men and women can be so vast, that it often begs the question ‘Are men and women REALLY supposed to spend time together?’

But, different species or not, we continue to be drawn to male companions who don’t come with instruction manuals, and them to us – so it looks like we’re all going to have to find a way to get along.

Here are 14 things guys will just never understand about us, along with some top tips and explanations for the poor chaps that they ought to follow religiously if they’d like to live a happier, simpler life. Which we’re well aware, they do.

1. Our constant overthinking of every. single. situation.

So you know what your Mum really meant when she asked us about our weekend trip in THAT voice, don’t you? And did you see the way your sister-in-law smiled when we were talking about our new car?

For the guys: Us women, we speak the same language. It’s kind of like a sixth sense. And we KNOW what other women mean when they say or do things in a certain way, and it’s NOT always what they’re actually saying or doing.

Well, of course we know, we do it ourselves all the time – you guys just never notice!

You know, the way we smile sweetly and squeal “Hiiiii” to the woman we’ve just spent the past 10 minutes complaining about. Well, it’s just that sometimes, it’s a whole lot easier that way. And I suppose she’s not all THAT bad. Now that she made the effort, that is.

For the guys: We’re women of the modern world. Sisters doing it for themselves. So we gotta be seen to be following the rules, whether we really want to or not.

3. That “I’ll let you know” is never a good enough form of communication.

I mean, an outfit for dinner and drinks is going to be very different from the choice of attire for a night in the pub with your mates.

And we like to warm up in our minds how the night’s going to go – a double date filled with small talk and bottles of Prosecco requires a very different energy to XFactor and Chinese on the sofa.

For the guys: You want us at our best, right? So give us some time to prepare!

Jennifer Aniston said all that was needed to say on this topic in “The Break Up.” And so did Vince Vaughn, actually.

And P.S. it really doesn’t need to be as complicated as it sounds. If you’d just do the goddamn dishes, that is.

5. That we take every suggestion he’s ever made as a prompt to make it happen.

Like, for example, when he mentions in passing one Winter morning a potential holiday in a few months time, so we’ve sent him dates, flight options, suggested hotels and arranged for someone to look after the dog before he’s even arrived at the office.

For the guys: As discussed earlier, we like plans, in advance. So even an ounce of an opportunity to make a commitment and give us something to look forward to, arrange, and to fuel our motivation to get to the gym, we’re gonna pounce.

So mean it, be all in, or don’t mention it at all.

6. Why the sentence “Can it wait until after the football?” is the worst he could ever utter.

The real question here, my friend, is: ‘Do YOU think it can wait? DO YOU?’

For the guys: Well, if you don’t know the correct answer by now, it’s really not worth talking about.

7. What hair grips (bobby pins for the Americans) are and why they’re all over the house.

We’re not sure either, really. But know that if you find them, we want them back. Well no not right now – we don’t have anywhere to put them.

For the guys: Yes we know they get stuck in the hoover, but they’re really useful and yes we do need every single one.

Seeing the usually gorgeous and glamorous celebrities with no make-up on eating witchety grubs for breakfast just makes us feel better about ourselves – K?!

For the guys: And if you were to give it the slightest chance before dismissing it entirely, we know you’d love it too.

9. That we remember EVERYTHING.

You know that thing you said about my Mother at 6.03pm on Saturday 31st August 2010? It’s still not cool. Oh, and that time you bought my birthday presents the night before and gave them to me half wrapped at midday three birthdays ago? Never. Ever. Forgotten.

For the guys: Sure, we’ve got a lot going on inside these big busy brains of ours, but never too much to record every single thing you’ve ever said or done since the very day we met. Be afraid, be very afraid.

You know, the way we’ll have a meltdown about the stone we’ve put on over the last 6 months before proceeding to order the sharing dessert on the menu cos’ ‘well it won’t make any difference today, will it?’

And how, with regards to said meltdown, we definitely do NOT need to hear his suggestions about perhaps not eating it – thank you very much!

For the guys: We’ve got a love hate relationship with food. We love food, we hate what it does to our bottoms. But we’re working on it. Alone!

11. That our underwear cannot always be black or red.

Our underwear choice isn’t just for you, it generally serves a very useful and supportive purpose. And it’s real nice to feel comfortable from time to time. OK, all of the time.

For the guys: You change your greying white undies, and we’ll have a think about that chiffon number you’ve mentioned only a hundred times.

It might just be a piece of paper. You might not know what to write. But look, our birthday comes around once a year, at the same time, and regardless of presents, a card is a big deal.

For the guys: Set several reminders in your phone. Ask your Mum to help you out. Do whatever it takes – because it might just save your life.

The way we know everything about the ins and outs of a person’s life, divorce, job, car and the health records of their dog after speaking to them for just 10 minutes. And more importantly, why we would want to.

Look, we’re inquisitive creatures by nature. And yes, we absolutely expect you to be too.

For the guys: Ask questions, even if it’s simply for the sole purpose that it will make us happy. Any new information about the lives of any of the people we know or have even just met once, we want it!

What do you MEAN you didn’t find out exactly how much your boss’s sister’s honeymoon to the Bahamas cost?

How a group of women can be in one room having three different conversations while listening in to the surrounding discussions simultaneously. It’s like actual magic.

For the guys: When you know the girls are coming over, put the kids to bed and make a very swift exit. It’s the safest option.

Whilst this list is essentially a survival guide for all men entering the relationship zone, we know that really, they’ll never truly understand. (I mean, let’s face it, can we blame them?)

But with that said, these confused males in our lives might just need to give us a bit of a break too.

Because, these things we do that they’ll never understand, well they’re all just part of our charm…

MORE: Fighting Over These 6 Silly Topics? Time To Get Over It 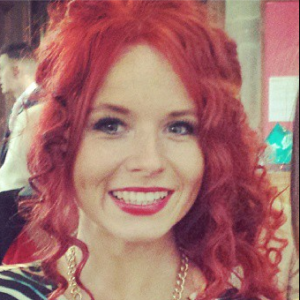 Sophie French is a lifestyle coach, copywriter and life enthusiast. She supports twenty-something women who are feeling lost and unfulfilled to discover and achieve what truly lights them up.

Swapping corporate life for flip flops and freedom, Sophie spent a year traveling the world. In embarking on this liberating journey of self-discovery and taking back control on life, Sophie was able to heal her own anxiety issues and now helps other young women to take control of how their story goes, too.

PrevPrevious6 Things to Expect After Your Man Cheats (And You Take Him Back)
NextAlways Trust Your Gut: Chilling Red Flags That I ALMOST IgnoredNext