Why Is Marriage Such a Raw Deal For Women?

There seems to be mounting evidence that women aren’t as happy with marriage as men are.

In fact, women are seeking divorce more frequently than men, yet they aren’t ending non-marriage relationships at that same rate.

This seems to suggest that marriage isn’t all it’s cracked up to be – at least not for women.

So what gives? Why is marriage bad for women?

Marriage, it seems, is stuck somewhere in the past where women aren’t equal partners and thus not as satisfied as their single counterparts.

Maybe it’s time for women to stop looking for the ever-elusive soul mate and instead settle for nothing less than a fabulous life partner.

The old marriage paradigm in which women feel lucky to be married and “taken care of” does not work for many women in today’s society.

Marriage should be a relationship that benefits both people and makes both lives better than they might be on their own.

Since marriage isn’t a requirement for having children or even living together anymore it isn’t actually a necessity for many people. If marriage is going to continue in our society, it needs to be worthwhile for those who undertake it.

Women still do more housework than men even when they work outside of the house as much as their husbands do.

In other words, married women do more work when they get married and married men do less. If a woman wants to do less housework, she should stay single! Marriage brings a heavier load of manual labor to women on top of work outside of the home and frequently more time raising children.

Women also dramatically decrease their lifetime earnings when they get married whereas married men make more money throughout their lives. This could, of course, be by choice because a woman decides to stay home to raise children.

However, if her marriage doesn’t work out, the likelihood of her having serious financial difficulties dramatically increase. The decrease in lifetime earnings and the loss of potential earnings due to gaps in her career can be devastating for women in the long run. Staying single and working continuously would actually lead to more financial stability for many women.

To be sure, some will call this man bashing but it isn’t. It is a call for women to look more deeply for the right partner. Make sure you ask the right questions, push through the superficial issues such as appearance and instead find out if you have similar values, goals, and dreams.

The current state of marriage may not be a good deal for women so it’s time for us to change marriage – not necessarily abandon it. Certainly, more egalitarian marriages are beneficial to all involved both emotionally and economically. Children have the advantage of both parents involvement, families aren’t dependent on just one income, and each partner gets the benefit of a life of accomplishment and growth.

Interestingly enough, studies suggest that a wife’s happiness is more important to the overall stability of the marriage and thus correlates to a decrease in likelihood of divorce.

So is marriage really that bad for women?

Sometimes it is (as I’m sure it is for some men as well).

Women are more likely to do more manual labor, more hands on parenting duties, and make far less money in her lifetime than both men and her single counterparts. When a woman has a committed life partner who shares in all aspects of the relationship, the home, and the family, she is much more likely to be happy and to stay in the marriage.

It’s certainly worth a woman’s time to look for a partner who wants the same things. If not, she might just be better off on her own.

MORE: Dear Bride-To-Be: You Can Call Off The Wedding Right Now

Originally published at YourTango.com. Republished with permission from the author. 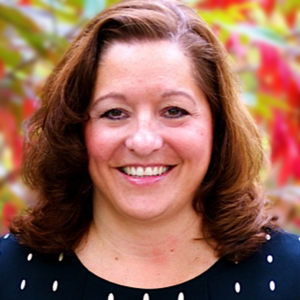 Lisa Kaplin is a psychologist and life coach at Smart Women Inspired Lives.  She helps women get happy, get motivated, and get moving in ways they hadn’t thought possible.  Lisa is a professional speaker and blogger and has been featured on Yahoo, Thought Catalog, MSN, Lifetime Moms, Your Tango, and Psychology Today.

She has distilled years of coaching experience, wisdom and insight into her book, “Smart Women, Inspired Lives: How to Be Happy & Confident.”

3 thoughts on “Why Is Marriage Such a Raw Deal For Women?”