Brutally Honest: My Boyfriend Told Me I Looked Awful, and I Love Him for It

Yes, you read that title correctly. And no, this isn’t one of those tricky articles where the story ends up being completely different than what the title suggests.

But before you write me off as a masochist and stare at your computer screen with a twisted face of disgust, let’s start from the beginning of the story and dive in to exactly what happened.

A few years ago, I was studying technical communication in college, and I started looking for an internship. I knew I’d be graduating in the near future, and I wanted some relevant work experience (so I could become – you guessed it – a writer).

I applied for tons of internships online…. I mean, seriously. A lot.

If you’ve ever been on a job hunt, you know what I mean. The endless hours spent creating and tweaking the perfect resume. The tiring searches for positions that might actually hire you. The hope that you get just one phone call back telling you that you’ve got an interview.

Well, eventually that moment came. I got the highly anticipated phone call from one of the companies I applied to work at as a marketing intern.

It seemed so perfect. The company was a friendly small business less than 5 minutes away from my apartment, which meant I’d basically have no commute to deal with. Plus, my skill set was a great fit – they wanted someone who could handle their copywriting needs, maintain their website, and help with marketing tasks around the office.

It was exactly the sort of thing I’d been looking for to start my career in writing and digital marketing.

…So, what happened next?

Well, to put it plainly, I freaked out. I got way too excited.

I mean, I’m not normally the type of person who plans ahead… at all. But, I was so overcome with eagerness to get the job that I started reading everything I could about the company, the position, and what businesses look for in interns. Yeah – I was definitely obsessing.

I told Greg about the internship opportunity, and he was so supportive and happy for me – he knew how much I wanted to get the job and how important it was for my career. He was also sure to let me know that he’d help me prepare however he could.

And he did help me prepare – in a big way. But he probably didn’t realize it at the time.

See, when they day came for my interview, my eagerness had pretty much increased tenfold. I was doing everything I could to make sure I came across as the most professional and impressive applicant they’d ever seen.

So, I really prepared… Overprepared.

I organized a big stack of writing samples and about 10 copies of my resume in a binder to bring with me to the interview. I researched common internship interview questions and rehearsed my answers over and over… to the point where it probably hurt me more than it helped me.

Then, when the day of the interview arrived, I slicked my hair back into a way-too-tight ponytail with the hopes that I’d be taken more seriously. And… I put on a boring (and just plain ugly) black suit with an ill-fitting white dress shirt underneath.

When I came out of the bedroom – completely dressed and ready to kick the interview’s ass – Greg was sitting on the couch. He stared up at me with a slightly confused look on his face, as if he didn’t know why I was dressed in what I thought was “interview attire.”

I didn’t know what was up with the look on his face, and I honestly didn’t care at the time. I mean, I was 100% focused on getting the job. But then, just as I was getting ready to leave the apartment, I asked him a question:

And honestly, I had asked him pretty half-heartedly, like how a person might ask their co-worker how they’re doing today, looking for nothing more than a basic, one-word answer – it’s almost robotic.

I wasn’t really expecting anything more insightful than a cookie-cutter response, like this: “Oh, you look great! Good luck!”

…That’s probably why his lighthearted, blunt answer (combined with a smirk and soft laughter) caught me off guard:

“Oh wow, you look kind of like an old, angry Olive Garden bartender who really doesn’t want to go to work today!”

I just kind of stood there…. Had I heard him correctly?

…But before I go any further, let’s take a break from the story for a second.

If you’re a woman (or even if you’re a guy), you probably know why I was so surprised by Greg’s answer. In my dating/relationship experience, most guys have just told me what I wanted to hear, taking extra care to avoid conflict.

He told me the truth.

And, did he do it to be hurtful or rude? No. He did it because he knew I would appreciate his humorous honesty. He did it because a real answer was much more valuable to me than a generic one. He wanted to make sure I succeeded and what I wanted more than anything – getting the job.

…So, back to what happened next.

After hearing his shocking response, I was a bit surprised… but I wasn’t upset. I thought for a second about what he said, went back in the bedroom, stared into the mirror, and thought:

Oh my god. He’s totally right. I look like a crazy person.

I laughed at myself for a moment and realized how silly I had been for overdressing for the interview and overdoing it throughout the entire preparation process. I had become so wrapped up in getting the job that I had been blind to how ridiculous I looked.

So, I changed clothes. I found a much more suitable outfit – it was a pair of casual dress pants, some cute flats, and a colorful (but dressy) top. I changed my hair a bit too – no more tight, uncomfortable ponytail that made me feel like I’d just had a bad face lift!

When I walked out of the bedroom in my new, much more appropriate outfit, Greg assured me that he thinks I always look good, no matter what I’m wearing, and that he simply didn’t want me to show up overdressed to an internship interview at a small, casual business.

But he didn’t have to say any of that – I already knew that he wasn’t trying to hurt my feelings.

Why? Because he’s just an honest person. Yes, I could have easily gotten offended by his snarky comment, but instead I saw it for what it was – an attempt at using humor to help me not screw up an opportunity I’d worked really hard for.

I got the job.

…Would I have gotten it if I’d have left the house as originally planned, looking like the lady from The Weakest Link?

Well, considering the fact that everyone at the company was dressed pretty casually, I’d say probably not.

Now – don’t get me wrong – letting someone know that they aren’t dressed appropriately for a certain occasion is one thing, but verbal/emotional abuse is another. So, no, you shouldn’t give your guy a free pass to say whatever he wants to you or literally just tell you that you’re “ugly” or you “look really bad.” But if he puts his honest opinion out there with the best of intentions, try to realize that he’s attempting to help you – not hurt your feelings.

Maybe you’re wondering – how can I tell the difference between uncomfortable honesty and verbal abuse?

Sometimes, there is a fine line between the two, but your partner is probably abusing you if he:

Really, it’s all about domination. An abusive man wants to eliminate every shred of freedom and self-esteem you have so he’ll feel like he’s effectively controlling you. An honest man, on the other hand, truly wants to help you and build a stronger, more open relationship.

While considering the signs of abuse, please remember – verbal abuse often turns into physical abuse. So, if your guy is verbally abusing you, it’s time to get out of the relationship… now.

And as far as joking around, that’s just what works for Greg and me. We share a snarky, self-deprecating sense of humor (think Chandler from Friends), so we’re on the same wavelength when it comes to communicating our feelings like that. We exchange silly verbal punches with each other in a healthy way that helps us stay close and laugh together.

If the whole “honest humor” thing doesn’t work for your relationship, that’s fine. What’s important is that you take the time to figure out what does work, whether that’s joking around, setting time aside to talk openly about things that are bothering both of you, or delivering a tough truth in the kindest way you can think of.

And yeah, I know – it’s easy to get defensive and feel hurt when you’re on the receiving end of those tough truths. It’s easy to react emotionally as soon as something remotely disagreeable comes out of your partner’s mouth. It’s easy to take blunt words personally, even when they aren’t meant to offend you.

But I firmly believe that the best relationships grow from a place of honesty and the ability to be straightforward, even when it’s uncomfortable.

And you know what? Uncomfortable honesty builds long-term trust, which is worth pursuing relentlessly, even if it means temporarily dealing with an awkward situation or an unpleasant immediate reaction from your partner.

So don’t fear the uncomfortable honesty. Appreciate and embrace it. Trust me – your relationship will be much better if you do. 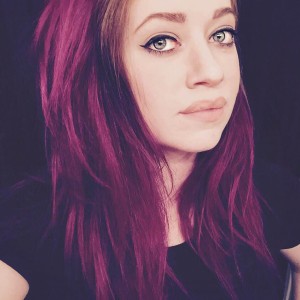 Jorden Roper is a copywriter / blogger who writes about everything from technology to marketing tactics. In her spare time, she enjoys playing music in her band, hanging out with her two Chihuahuas, and traveling. Connect with her on Twitter to stay in touch!

All Articles
PrevPrevious12 Signs You’re Dating a Commitment-Phobe (As Told by One)
NextWhy Do We Pick Partners Who Are Bad For Us?Next

1 thought on “Brutally Honest: My Boyfriend Told Me I Looked Awful, and I Love Him for It”