6 Tell-Tale Signs Your Boyfriend Is Lying

Trust is an integral part of any serious relationship. Whilst your boyfriend may seem the most perfect man for you and that you have never felt so loved or as happy, you should never have to worry about whether he is completely honest with you. He should be honest because he is as committed to the relationship as you are.

Just in case, it’s worth learning how to pick up on the tell-tale ‘lying’ signals that men often give out when they are holding back on the truth.

Let’s be honest, both men and women lie when it suits them but that doesn’t make it right. If honesty is vital for you in a relationship then you need to be aware of any lies if and when they happen.

Some men are serial liars, they might not mean to be but they often can’t resist. It’s almost an addiction and sometimes the lie can be over something quite unimportant and trivial. They get pleasure in pulling the wool over your eyes.

If you suspect that your boyfriend is lying to you, pay especially close attention to the stories that he tells you. Often, the truth lies in the small details because when he regales his stories again either to you or to others, you will often be able to notice some obvious differences which may mean that his story has either been embellished for the sake of it or, the original story to you may not have been totally honest after all.

Studies have discovered that men tend to go into a far greater amount of detail when they lie, adding lots of complicated details to the story to make it seem as plausible as possible. If your boyfriend is not usually known for this particular trait, then this may be further evidence that he is not being entirely honest about something.

If you question your boyfriend about his story, he might start getting nervous and showing signs of agitation. If you have caught him lying previously then you will start to notice the same nervous signals and unfortunately, you might be right to have doubts about whether he is telling the truth.

Aside from the nervousness in his voice, you might find other subtle clues, such as how he looks away from you, looking up and to the right when he tells the lie.

Both men and women do this instinctively when telling a lie as if they are trying to visualize it and to create it as they go along. You might have even found receipts from places you didn’t know he had even been to. If he comes in smelling of alcohol but tells you he was working late and only stopped for one quick drink and yet, his behavior suggests otherwise, these are easy enough lies to prove or disprove.

Everyone tells lies at some point in their relationships and often they are simple little lies to avoid or to protect your partner. White lies can include buying that surprise gift or planning a secret party, white lies are not about trying to get one over on your partner or to just indulge in the odd fling and then lie to cover it up. If you have to tell lies to each other, then is the relationship really worth it?

Of course, it can be useful to find out why he might lie to you. You might be a little too possessive or controlling and want to spend all of your time together. His lie about working late and going to the pub for one drink might have been a cover up to not hurt your feelings when really all he wanted was a bit of time with his mates. If this is the case, you need to think about letting him off the leash once in a while and allowing your relationship to grow. No one should ever have to lie their partner or have to accept it if it happens to them.

Without trust on both sides, a relationship can very quickly break down. As a couple you need to know that you can rely on your partner totally in times of crisis, to know that he is there for you if you feel down, feel ill or if you simply want to spend some quality time together. 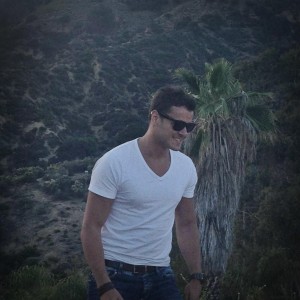 Patrick Banks is a freelance lifestyle writer and dating coach. He loves encouraging people to grow and reach their highest potential, because he believes happiness and success depend on a positive attitude and continuous self-improvement. Connect with Patrick at his dating blog and get access to self-development, dating and relationship resources.