In an ideal world, nobody would ever get angry at anyone and we’d all get along easily, but this isn’t an ideal world so that dream will probably never happen.

If you happen to go through life without personally experiencing a single angry person then you are incredibly lucky and… incredibly sheltered.

Angry people are part of everyday life for nearly everyone, whether that means family members who have short fuses and burst into confrontations easily, or overly-competitive work colleagues who get frustrated by failure and lash out.

Maybe there are legitimate reasons such as mental illness, for these hot-tempered fits; maybe there is no real reason at all.

If their anger isn’t directed at you, don’t assume that you have to make it that way.

“Often, anger comes from a place of loneliness and frustration that nobody is understanding, or caring enough to listen,” says Ken Hicks, a lifestyle blogger at Writinity and LastMinuteWriting, “so ‘fighting’ the angry person’s point of view definitely isn’t the way to go. Try to reason, and appear to come around to their way of thinking, especially if this seems to be a viable way to defuse the situation. Do whatever you can to create a relationship through the storm, and it will help you to get out the other side with as little confrontation as possible.”

2. Work with yourself first.

Before the situation even arises, look at yourself and wonder: how do I respond to anger?

If you’re living with a hot-tempered person, then you may find yourself snapping and getting irritated by their anger, which may seem like a normal reaction to you at the time, but this is actually fueling the hot-tempered person’s anger and making your situation even worse.

Instead, try to work on thinking of ways to reason with the angry person, and research (such as reading this article) to make sure that you’re responding in the right way.

Don’t stoop to their level by yelling and screaming, and don’t enter into pointless arguments. Keep yourself calm and don’t get emotional, and you’ll be on your way to properly responding to the angry person.

“There are many ways to respond to hot-tempered people who are bubbling over the edge, and most of them lead to terrible situations and go horribly wrong.” Amber Webb, a relationship writer at DraftBeyond and ResearchPapersUK, states.

“If your loved one is screaming and shouting, don’t respond by getting to the same level of anger, because that leads to a fight. Hugging and sympathy just look like cheaply-wrapped sympathy and pity, which will also enrage them. But maybe the worst thing to do is bargain with an angry, exploding person, because they’ll learn that they can squeeze things out of you by acting this way. It won’t stop the anger – it will teach the hot-tempered person to keep acting out and being difficult to get what they want, and that you’re a pushover. Don’t let this happen!”

There are right and wrong ways to gain control over angry people, and many of the wrong ways will make your situation very bad, so realizing what they are and avoiding them are your best bet.

…and try not to be afraid at all.

Something that might be difficult for sensitive people to understand is that anger on its own can’t hurt you.

Anger is a flamboyant display of emotion, but, at the end of the day, it’s a show without any dangerous physical action.

If your loved one, friend or family member is being physically violent, you need to contact someone (preferably the local police or an abuse charity who can advise you on what to do next.

Remember that anger with nothing behind it is only an emotion.

Being scared of it gives the angry person an opportunity. They can use it to control you, get a rise out of you, and get what they want from you.

Don’t show fear, because the angry person will notice, and no one wants to be taken advantage of.

5. Try not to take the anger personally.

In many situations, the angry person won’t actually be angry because of you, but they need someone to take it out on and you just happen to be in the way.

Their anger isn’t yours to take: think about it. If you and the angry person both received news which sent them spiraling into anger, but left you feeling relatively normal, then it’s not your anger, it’s just theirs.

This means that they have no right to try and make you angry, and you have to view their anger as such.

Think instead of getting emotional with them; why are they angry, and how can you help?

As soon as you stop treating their anger so personally, you’ll find it easier to work with and defuse.

If the angry person is showing signs of low-level aggression and anger, maybe snapping and answering questions sarcastically, or rolling their eyes a lot and isolating themself, then you could step in with a handy distraction such as watching their favorite TV program, getting some snacks or going out on a walk or to do an activity that they usually like.

This can defuse their anger and resentment before it becomes something even worse. It also creates an open relationship between the two of you which will lead to them coming to you with worries and troubles in the future, which may stop many angry outbursts before they can even happen.

Listening effectively can be the difference between an angry occurrence and an angry shouting match, and you definitely don’t want the latter when you could have the former.

If you have committed to listening to the angry person, then don’t interrupt them and make sure that you understand every word, interacting when you are required to and paying clear attention.

When you do need to respond to the angry person, don’t be stuck in your ways either. Make sure that you try to see the situation from their point of view, and that they can tell this from your responses.

Communicate openly and progressively, instead of arguing and getting stuck in the same rut again and again and again, and you will find that anger-fueled situations become a lot easier to handle, simply because you are listening and responding to the angry person properly, putting off any more outbursts of emotion.

While it would be a much better world without angry people plaguing our lives, we can’t just cut them all out, since the potential for anger is everywhere and exists in nearly everyone.

These tips should help you to deal with the anger of your close friends, family members and even partner, but don’t take ANY angry violence lying down. Call the police as soon as possible, or contact an authority figure that you feel safe and secure talking to.

You can only do so much to deal with an angry person before you put yourself in a dangerous situation, but definitely try to defuse situations when you are truly safe to do so. 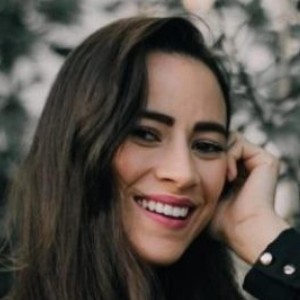 Ashley Halsey writes professionally for both Lucky Assignments and Gum Essays, since they offer her the flexibility to look after her two children. She also reads and attends business courses in her spare time. Thanks to her career, she has become involved in many projects.

PrevPrevious“Is It Possible To Manifest My Ex Back Even Though I Don’t Love Myself?”
NextAn Easy Mindset Hack To Attract LoveNext