As for women, we start to worry that we don’t look hot/busty/sexy enough…

“I don’t have the boobs these stripper girls have. My gf is talking about implants, and now I’m wondering if I should get those too…” — Tresha G.

In Capture His Heart and Make Him Love You Forever, I explain why “beauty” is actually only the third most important thing to men and how you can become radiantly attractive to men without having to alter your physique or torture yourself at the gym.

A man’s sex drive runs on “rocket fuel” most of the time.

One of my guy friends told me his sex drive made him feel like he was riding a skateboard hitched to a drag racer – one that NEVER stops going.

That’s an image that stuck with me. I can imagine how crazy-out-of-control it must feel. Unless he keeps it in hand (hah), there’s gonna be collateral damage and it ain’t gonna be the drag racer that gets hurt.

In Capture His Heart, I teach you how to keep him totally focused on you as his absolute dream woman and how to figure out if he’s actually worthy of you.

Hell, no. Hot, delicious sex (shoot, even routine sex) with a REAL naked woman is a bazillion times better than staring at a cold laptop screen and wishing, wishing…

Think of it like a cooking show. Girl, I can watch a cooking show all day long (and I don’t even have a tv, but I see these shows at the gym and at my friends’ houses). Don’t even get me started on those dudes who do the demos at the State Fair, because I’m mesmerized by them. Does it mean I don’t appreciate when my friends have me over for dinner? No. Does it mean I don’t feel treasured and cared for when my man takes me out to a really nice restaurant? Of course not, that would be silly.

But I am a foodie, and I just love me some cooking shows. Not as much as a great meal… But fortunately, I don’t have to choose. I can enjoy BOTH, and the cooking show will never mind when I turn it off to go enjoy some fresh local seafood with my guy. And I’m never going to turn down a date with a man for an hour with Paula Deen, and I don’t care HOW much butter she uses.

C’mon, Channing Tatum is good to look at (although I’m partial to Matt McConaughey myself), but would you rather spend more time in the movie theater… or snuggled up with a guy who is dying to kiss you all the way from the nape of your neck down to your sexy little instep, with a few slow and delicious stops in between?

That’s what I thought you’d say. Too bad for Channing and Matt.

If you haven’t already, go check out Capture His Heart here, right now. 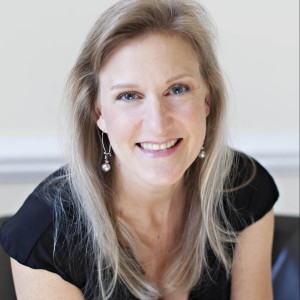 Claire Casey is the author of the bestselling online program Capture His Heart and Make Him Love You Forever.

This clear, step-by-step program shows you how to unlock the powerful forces that make a man want to commit to one incredible woman — and put them to use on YOUR man.

Capture His Heart will earn you a permanent place in your man’s mind and soul. He’ll not only fall in love with you… he’ll commit to you on such a deep, primal level he can barely understand it himself.

All Articles
PrevPrevious3 Naughty Phrases Guaranteed To Drive Any Man WILD
NextDo You Think He’s Cheating… When He Really Isn’t?Next