That last thing Dawn thought she would ever be is someone’s mistress. Yet here she was, eight months into a “relationship” with a guy we’ll call Allen realizing that’s exactly what she was (and that ALL she was)—his digital mistress.

Dawn began dating Allen shortly after her divorce. There was an exciting feel to the beginning of the relationship. They met through an online dating site, progressed to dinner, and the first kiss was sizzling knock-your-socks off delicious. He wanted to know everything about her and that flattered Dawn. He asked her questions no one ever had—like where were the best places she ever traveled to, what adventures she still wished to experience, and what books changed her life. They even shared sexual fantasies.

It wasn’t long before Saturday night dinners and overnights became the norm. And the sex was SO hot.

Sure, they lived a half hour apart and never got together for lunches or mid-week dinners, but Allen stayed in touch. They emailed a little and texted a lot. He sent her a text each morning and wished her sweet dreams every night. She was basking in his seemingly constant attention.

Dawn was falling HARD for Allen. Their digital exchanges seemed so private and so intimately one-on-one.

About eight weeks in, Allen went on a combined business trip and golf weekend his buddies in Miami. It broke their Saturday night routine, but she didn’t see that as a deal breaker. In fact, he continued sending her sexy texts and suggested a sexy Skype session. But when he returned, the relationship began to shift. Those every Saturday night dates soon became every-other-Friday dates. Another business trip broke that cycle, and soon he was suggesting drinks (followed by sex) on a Thursday here or there.

Yet, Dawn didn’t see too many red flags. She made excuses about him being so busy with work. And spring meant more motorcycle rides and golf games with his buddies. And besides, he was always texting her.

Then, she got a text that didn’t make sense—confirming brunch on Sunday when they had just agreed to dinner on Friday. He made excuses about auto correct and fat fingers and reconfirmed their HOT date on Friday, begging her to wear something super sexy.

But curiosity got the better of her and while he was sleeping that Friday night, she snuck his phone out of his pants pocket and looked at his texts. He had ongoing conversations with five other women. And he identified each woman by city—she was Dallas Dawn and he had a Fort Worth Felicia, Miami Mary, Chicago Chloe and DC Danielle. The texts’ contents were often similar and there were a lot of sexy photos, too.

Dawn realized Allen was a player and she was a digital mistress.

She was too embarrassed by her snooping to confront Allen the next morning, but she was soon on the phone with me (her coach) to confess and to figure out what to do next.

Being a digital mistress is a new twist on an old concept. People create basically one-sided relationships with lots of (sexual) benefits. They feed the relationship just enough energy to keep you interested and the sex flowing. What’s different is that our digital ways of connection—texting, email, and instant messaging—make it easier to keep that sort of relationship going.

1. Are you being played by a player? You could be his digital mistress if:

2. The relationship starts with regular dates, then slowly morphs into more texting and less face-to-face time.

3. It feels as if you’re in a long-distance relationship because you only see each other once or twice a month. (Hint: most likely, you’ve become part of his “rotation” of gals.)

4. All of his texts use nicknames like Sweetheart, Sweetie, Sugar, Darling, etc. This makes it easier for him to copy the text and send it to multiple women at the same time.

5. You only do things alone together. Though he talks about his friends, you aren’t included. You tell yourself that he doesn’t want to “share” you or let his friends hit on you.

6. He texts you the same exact text at the same time of day: “I hope you have a great day” and “Sweet dreams, Sugar, wish I was there to keep you warm” or “Finally breaking for lunch and was thinking about how SEXY you are.”

9. You never go out for lunch or do other daytime activities together. All of your dates are at night or planned around sex.

10. Though he texts you that he loves you, he never says those words in person.

12. When you plan a date, he always asks you to wear something that’s impractically sexy—like stockings or a corset. It isn’t that you don’t love nice lingerie, but you feel like you’re putting on a costume for every date. And he asks you to give him a photographic tease of what you’ll be wearing.

14. Date night doesn’t lead to planning your next date. Instead, you plan the next rendezvous days later, via text or email.

15. You feel connected to him and showered with attention, yet realize you don’t get much face-to-face time.

16. Though you may occasionally talk about work, he never lets you meet him at his office or be a part of any work function.

17. You email and text, but aren’t friends on social media. And, when you look him up on Facebook, there’s a picture of him looking hot, but you can’t see his feed or his friends.

18. Most of your phone conversations are for phone sex. After a series of hotter than hot texts.

19. He never invites you to his place. There’s less of a chance that you (or anyone else) would leave evidence behind that he’s seeing other women.

He seems to always know when you’re feeling doubtful or vulnerable and swoops in with just the right text. He’s attuned to your texting pattern and can see when it shifts, so he’s extra attentive and then follows up with an extra nice night out, ending of course with sizzling hot sex and maybe breakfast the next morning.

If you suspect you’re his digital mistress, then listen to your gut. It’s probably right. Also know, you could be the only woman he’s seeing and still be his digital mistress. Texting with you is easier than committing to you. He gets your time and attention, which makes him feel wanted and desired. But he doesn’t have to complicate his life by sharing it with you.

Dawn never confessed to Allen that she snooped on his phone, but she did tell him she was ready for more of a commitment. He told her he wasn’t ready for that but didn’t want to lose her. Now that Dawn knew the red flags of being someone’s digital mistress, her next relationship was healthier and though they texted to keep in contact, they spent more time face to face.

Three years later, Dawn is happily engaged. And Allen? After Allen continued to text Dawn now and then, she finally had to change her number to get him to stop.

Want something real? Are you ready to peel away the need for perfection, strip off the mask you’ve been hiding behind and get in touch with your inner sex kitten?

It’s time to feel alive again. To be bold, feel sexy and reclaim your confidence. Find out how you can do just that by clicking here now.

Originally published at YourTango.com. Republished with permission from the author. 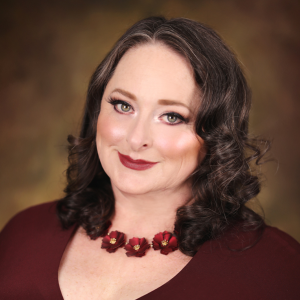 Tarnished Southern Belle (and life coach) Debra Smouse can help you de-tangle the drama in your life, push away the need for perfection, and show you how to create a daily life that you love.

Your heart is longing to follow your desires. Get help figuring out “What’s Next” with Debra’s FREE ebook: Welcome 2019: Create Your Best Year Yet: The In-depth Guide to Discovering Your Word of the Year.

Are you ready to peel away the need for perfection, strip off the masks you’ve been hiding behind? It’s time to feel alive again. To be bold, feel sexy and reclaim your confidence. Find out how you can do just that by clicking here now.

All Articles
PrevPreviousDear Bride-To-Be: You Can Call Off The Wedding Right Now
Next5 Signs Your Crappy Valentine’s Day Relationship Will Fail (And What To Do Instead)Next