“One of the most courageous decisions you’ll ever make is to finally let go of what is hurting your soul.” -Brigitte Nicole

After hours and behind closed doors we became acquainted with each other. It was our secret, and as co-workers there was a certain thrill and excitement that went along with knowing that no one else knew.

But it wasn’t long until our fellow co-workers began to string the cues of our body language together. His winks from across the room sent goosebumps down my spine and were quickly returned. When he placed his hand against the small of my back, my body moved in unison toward his as if our energies were igniting a joint flame.

“You know he has a girlfriend, right?” One of my co-workers asked, genuinely concerned.

“What are you talking about?” I fired back, stunned by the possibility.

“What’s wrong babe?” He questioned, placing his hand on affectionately on my back. This time my body shuddered angrily.

“Do you have a girlfriend?” I demanded.

Tilting his head and looking straight into my eyes sincerely he said, “It’s complicated. I was seeing someone, but I’m in the midst of breaking up with her. She isn’t taking it well and is in denial. But, don’t worry about that — I want to be with you.”

I believed him, and immediately our dance began again. That is until a month later when we unexpectedly ended up at his apartment after a night out. Around 1 am his “ex” came banging on his apartment door, confused as to why he wasn’t answering. He didn’t open it up and try to ration with her, or find out why she was there in the first place. Instead, he pretended not to be home.

“Why would a woman who is your “ex” just show up to your apartment unannounced?” I questioned.

“She’s crazy. She has a drinking problem, and she hasn’t been dealing with the breakup well.” He replied without flinching.

“Give my your phone.” I insisted.

You said you’d be home at midnight, are you home?

Babe let me in.

I’m outside waiting for you!!!! Open the door!

My heart dropped. I asked to see the entire thread, but it had been conveniently erased leaving only her incoming messages.

At that point I was at a cross-roads. I knew I should break it off but I felt attached. I was invested. I wanted to make things work. And although I felt an urgency to leave, I ignored it and decided to stay against my better judgement.

Over the next few months things changed dramatically. He started drinking heavily during the day and would be blacked out by the night’s end, and he became confrontational. Every man that looked at me or talked to me at work he was instantly jealous of and convinced I was cheating on him with.

Then one night when we were out he drank himself into oblivion and angrily grabbed my phone from my hands as I was texting my sister.

He ran out of the bar, and as I ran after him he knocked me into a wall, my ankle twisted and I fell to the ground. I made it outside just in time to see him throw my phone as far and as hard as he could before running off down the road.

As I stumbled to a taxi and made my way home, sans phone, I felt rage brewing inside of me. I was angry. I was hurt. And for the first time in our entire relationship I was able to step outside of the passion and attachment and see the relationship for what it was: a toxic and unhealthy situation.

And although it’s been almost 10 years since that relationship ended, it truly changed my life forever. For the first time in my life, I was able to master the art of letting go of toxic attachment.

And you can too. Here’s how:

1. Step outside of yourself.

Have you ever watched a movie and yelled at one of the characters in frustration wondering how they could possibly be so unaware?

“Come on, can’t you see he’s cheating on you! Leave him!”

“She’s not really your friend, get away from her!”

What’s not obvious to them is CRYSTAL clear to you — am I right?

That’s because when we watch these characters we view their experiences from an outsider perspective so we aren’t attached to their experiences and relationships. Instead, it’s easy for us to assess what is and isn’t working for them.

In the same manner, when weighing whether or not you should let go of something or someone in your life, try to remove yourself from the immediate situation and pretend like you’re an audience member watching a scene of someone else’s life on TV.

I was able to do this when my then-boyfriend pushed me over at the bar and threw my phone. I had a grand a-ha! moment and was able to see very clearly that I wasn’t happy, I wasn’t being valued, and I wasn’t in a good relationship. After having these revelations, my next move became undeniable.

Sometimes what you think you want and what your soul actually wants are two different things. The universe in all of its magical splendor has a way shifting life into a more positive direction, even if doing so initially feels like a loss.

But, once you realize a particular situation or person in your life is no longer serving your great good, accept this new reality.

By accepting what is, rather than obsessing over what was, you’ll be able to move on to the next phase of your life more seamlessly and quickly. And day-after-day you’ll find yourself less and less emotionally attached to that person or situation.

When I accepted my relationship was over, I stopped worrying about all things relationship related and my mind and body quickly adapted to life without him.

If you want to truly master the art of letting go, train yourself to forgive people quickly.

Because forgiveness is more about you than the other person, and once you realize this you’ll quickly work to rid yourself of toxic emotions such as hatred and hostility. Grudge-holding and negative emotions pump through your body like snake venom, poisoning you from the inside out.

Forgiveness is your personal key to self-salvation. It allows you to remove yourself from toxic situations without harboring negative emotions which in turn allows you to move forward with your life.

Initially after my breakup I was extremely angry. I was angry I wasted so much time and energy with him. I was angry for how he treated me. I was angry about my broken phone. I was angry I had to quit my job so I didn’t have to see him anymore and you know what? After a few weeks my anger started to turn into resentment, and then hatred.

And those feelings made me feel even worse. Once I realized my lack of forgiveness was holding me back from moving forward, I let go of those toxic pent up emotions and forgave him so I could move on freely, and without attachment.

RELATED: 4 Reasons You MUST Forgive Your Ex

Toxic situations, especially those that are endured for long periods of time, can be detrimental to your physical, emotional, mental and spiritual health.

Maybe you don’t feel as confident as you once did.

Maybe you doubt your worth.

And when you’re feeling down, broken and lost after letting go of a negative situation, heed these words: YOU are NOT helpless.

I repeat, YOU are NOT helpless.

You have the ability and the power to heal yourself, and these words are coming to you as a reminder. You mind is yours alone, and it’s always within your control. You can let go of toxic attachment the moment you consciously choose to.

It’s time to reclaim your personal power and live the life you want to create, not the life someone else wants to create for you.

Every relationship you have, whether it’s circumstantial (money, career etc.) or personal (significant other, friend etc.) is really a reflection of you.

And once you realize this reality, you’ll be able to stand back more objectively and understand what parts of you need to be healed, worked through or changed.

And in every bad relationship, there’s a good lesson waiting to be discovered. Ask yourself, what is this relationship trying to teach me about my life?

For me, my bad relationship showed me I needed to respect, love and empower myself. It taught me I wasn’t honoring my true nature and I was disrespecting the powerful, limitless and incredible being I am by freely giving my emotional power to someone outside of myself.

Once you find the lesson waiting to be learned, apply it to your life so that you don’t find yourself in a similar situation in the future.

RELATED: Expecting A Man To “Save You” Is FUTILE, So Here’s How To Do It Yourself

Originally published at CAJSpirituality.com. Republished with permission from the author.

Quiz: Do You Still Have a Chance With Your Ex? Click here to find out if you can save your relationship 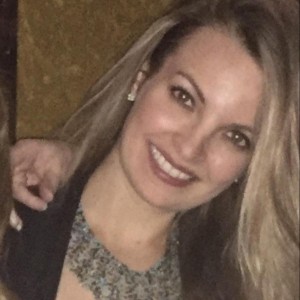 Antasha Durbin is a single mama, spiritual writer, life-long student of the universe & psychic tarot card reader. Her website, cajspirituality.com, is dedicated to casualizing the spiritual experience and making it attainable for anyone, anywhere, anytime. Follow her for free, easy-to-digest and highly actionable advice on spirituality, mindfulness and empowered living.

PrevPreviousHow To Get Crystal Clear On What You Really Want
Next“Why Can’t He Love Me?” Why Emotionally Damaged People Screw Up LoveNext